“Dogs are a waste of time.”

I heard this comment several times in Uganda. Dogs are ever-present in rural Uganda. They are all hounds and look pretty much the same – medium size, short-haired, and thin – probably all descended from a common ancestor. Most people do not keep dogs as pets but may use them as guards for their homes. They are usually fed scraps and receive little care or attention.

Several years ago a young dog appeared at the clinic. She began to spend most of her days and nights there and became quite friendly. We named her Sunny because she was always so bright and alert, and everyone at the clinic was very fond of her. About a year later she gave birth to two pups. The pregnancy was very hard on her. She lost quite a bit of weight and was weak. We called on the vet to check on her and the pups. The vet gave Sunny an antibiotic shot and some medicine for parasites. The pups were also given shots. Sunny improved, but the pups were soon found dead. They seemed to be active and healthy, and their death was puzzling. 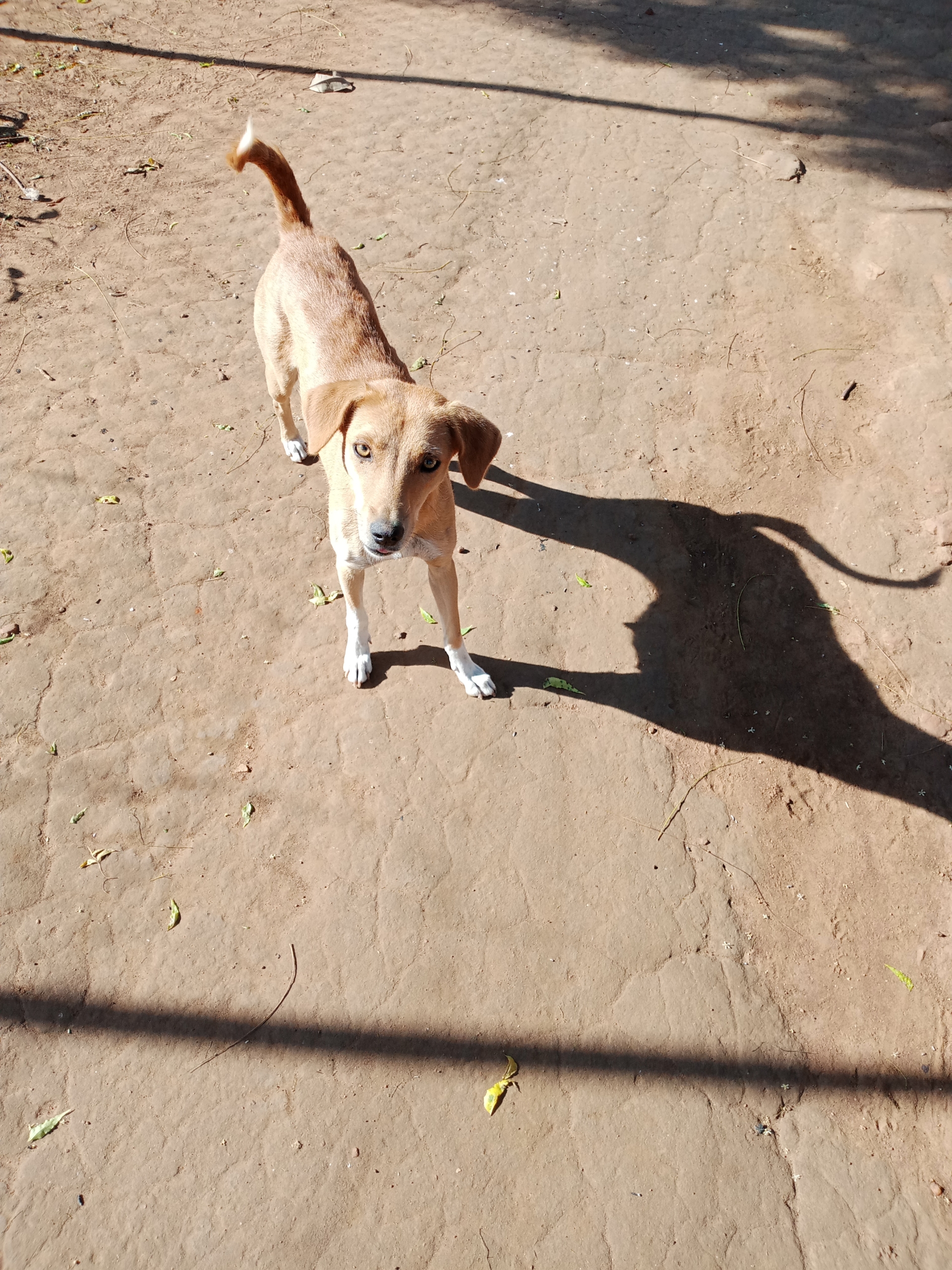 The best answer we could come up with was that the vet gave the pups medicine that was too strong. Ugandan vets mainly treat farm animals and are not used to treating dogs. Of course, this is only speculation. Later Sunny gave birth to Rusty who was extremely friendly and loved to get up into our laps even when she grew into a fair size animal. Every morning when I arrived at the clinic the dogs greeted me with loud cries and yelps. They loved to stretch out on the floor in the examining room. They really were a reassuring and comforting presence. By accident, we found that Sunny liked cake. I tried to bring her a pastry several times a week, and she wolfed it down in seconds.

We finally found a market in Mbale which carried dog food, and I think that the animals’ health improved with better nutrition. From time to time they did stray off and killed chickens. One day Rusty walked into the clinic, collapsed, and died suddenly. We think he was poisoned by some of the neighbors who had seen him killing their chickens. In the last year, Sunny gave birth to four healthy pups. Most of them were adopted out by clinic staff who had learned to like dogs and were ready to keep them as pets.

I recently got the news that Sunny had been struck by a motorcycle and died instantly. So sad. She was such a wonderful animal and brought much joy to my life. Life is hard in Uganda, and death is always near.

By Gregory Bartha|January 24th, 2022|Health|Comments Off on Clinic Dogs