I am sorry about the delay in starting this blog. There were challenges getting the computer and cell phone working properly.

Uganda is a beautiful country. The landscape is intensely green with flowering trees and bushes. There are mountains and a great variety of birds.

It’s kind of strange for me to think of myself as a missionary.

I met the leader of the mission team from Tampa, Florida a few days after my arrival here. He had grown up in East Africa, the son of a missionary. His father had come alone to Africa in 1967 at the age of 21. He traveled throughout the region showing the Jesus movie. He recently wrote his son a letter telling him that he was terrified on his arrival. He said to himself, “I’m not a missionary — I’m me.”

His father wrote on to say that it is truly by the hand of God that now his son is the pastor of a church in Florida and leading mission trips to Uganda. Just think — this man is the same age I am. He came to Africa early in life. I am coming to it late in life. The call is the same, just a different life stage.

I was very inspired by his story and I must admit my feelings were similar to his when I arrived here on May 1.

I am working at a clinic in Katekwan Trading Center. Many children treated there are ill with malaria. Most stay at the clinic for 1-3 days taking intravenous quinine. Almost all recover well.

There was one eight year old boy who came for treatment of recurrent seizures. He had been diagnosed with Burkitt Lymphoma about six months earlier. This type of cancer is common in African children and is thought to be related to recurrent malaria. The boy received some chemotherapy. He had a paralyzed arm. We took him to CURE Children’s Hospital of Uganda, which specializes in the care of children. This facility is very well equipped and even has a pediatric ICU (Intensive Care Unit) with monitors. The child had a CT scan of the brain which showed extensive spread of the lymphoma. Not much could be done for him medically.

However, it turned out that the CT scan was beneficial in another way. The boy’s family was convinced that a neighbor had bewitched him and caused the illness. They were planning a violent retribution if the boy died. Fortunately, with the CT scan results, they were satisfied it was a natural disease, not witchcraft.

The boy died a week after discharge from the hospital. The clinic team arrived at his hut just at a time he died. He had been well cared for and did not suffer a great deal. We offered prayers and attended his funeral service the next day.

I appreciate all your support and prayers. 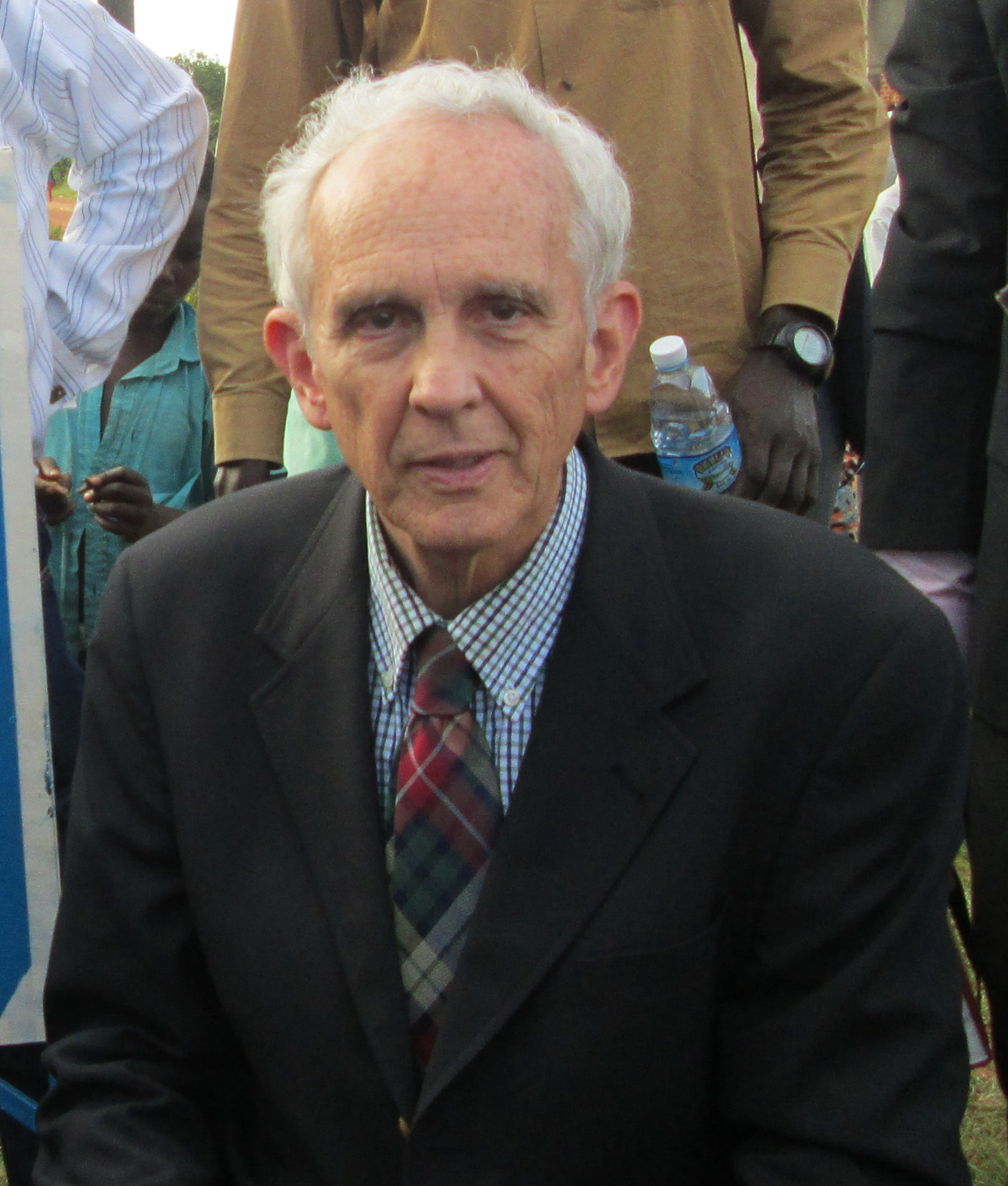 Dr. Gregory Bartha at the opening ceremony of the Cross Emergency Medical Clinic in rural Uganda